The musical project was born in 2012 and is characterized by a strong 70’s funk component. The band initially dedicated itself to the reinterpretation and composition of soundtracks typical of the “golden age” of series cinema, an era in which the musical ferment and compositional activity linked to the cinema and broadcasting sector reached their apex in Italy.

In 2015 they produce the first album “Stereofonie Moderne” which is followed by the creation of original musical and audiovisual shows that lead them to develop a growing cinematic propensity. In the same year they won the prestigious Time Out competition of the Time in Jazz Festival, conceived and directed by trumpeter Paolo Fresu.

The cinephile thrust reaches its peak with the design of a web mini-series entitled “Apollo Beat” the series, whose pilot episode wins the World-wide Web-Series award at the Taormina International Film Festival. The Apollos are awarded at the worldly event in the splendid setting of the Greek theater of Taormina. Followed by a series of national musical tours and a first European tour.

They play for important local festivals together with the likes of Baba Sissoko (Mali), Cave (USA), Tiromancino (ITA). Starting from 2018 the Apollo Beat project brings back to music, through the conception and realization of a new record.

The funk sounds leave room for greater musical maturity for a sound and visual kaleidoscope that will be called “SFERA”, released in 2019. 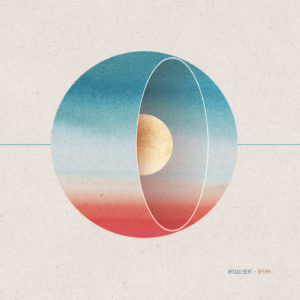