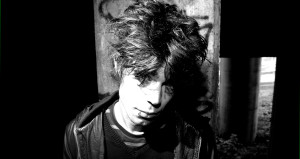 Sophie Lillienne is an electro-indie Band which started as a solo project named VeZzO, a musician, singer and producer. The project involves now various collaborations with producers, musicians and singers from all over Europe. The project sees the light in 2006 with an EP containing three tracks entitled “Sophie Lillienne EP,” written and performed entirely by VeZzO, The EP was later followed by a collaboration with Thomas Capes (Captain Mantell, Theatre Of Tragedy, Full Effect, Sjpi: a) the first  track to come out was “Written Walls.”
In March 2009 VeZzO, produces his first Album entitled “The End Of All The Circles.” released by the French label Core:Back Records as a free download. After several performances with different line-ups in September 2010 a new recording is released:  “Singe EP” (Garage Records / Goodfella), which is a preview of “Lies, Kisses and Redemption,” produced by VeZzO, and Thomas Capes, which features as a guest ,Nicola Manzan (Bologna Violent, Theatre Of Tragedy, Baustelle etc)  on Rhodes and violins and on Drums, Emanuele Lombardini (Hate Boss, You Wrong). The release  of “Lies, Kisses and Redemption” in February 2011 for Garage Records / Go Down Records / Audioglobe is supported by three videos shot in England, directed and produced by Andrea Barone (The Sponk studios, London Yest).

After a number of Live dates that will see the Band also playing in London, VeZzO begins to write new songs between London and Amsterdam. The recordings started in summer 2012 with the help of Thomas Capes in the role of co-producer, bring us LONESTERDAM which be released by Hypotron / IRMA records. The relase of the new album will be promoted with an European Tour that will see the Project sharing the stage with Captain Mantell (427 tour).