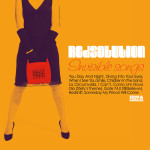 RedSolution is a new project created by Reds – Alessandro Rossi, musician, composer and arranger. This versatile project includes original songs with a jazz background contaminated by BossaNova, Latin and Soul-Funk genres. The convergence and the clever combination of these various styles produce a mature and sophisticated atmosphere, well rendered in the first album “Invisible Songs”, also due to the influence and the precious contribution of the musicians who took part in the recording. Reds was born in Belluno, where he started studying classical guitar at the age of 12, then he moved to Milan to focus on jazz guitar studies at the CPM Music Institute and at the Milano Civica Scuola di Musica Jazz. In the 2003, with his band, he played at the LagoMaggiore Jazz Festival in Arona.