Janaina Lima, singer, composer, ballerina, choreographer and acrobat, started her career very early. Her interest in dance started when she was four years old and she participated in all the college presentations. Throughout her teens she studied in various schools and various styles from Jazz, Classic Ballet, Gymnastics and Modern Dance. In 1996 Janaina moved to New York to improve her dance techniques completing courses at the Broadway Dance Center and at the Step on Broadway. Only fifteen days after her arrival she completed a test as a dancer on the video clip “Betcha by Golly Wow” by Prince. Janaina was accepted and danced with Ballerinas from Italy, France and Mexico. When she returned to Brazil she entered in the Cia de Dança de Diadema (Diadema Dance Company) as Art Educator, mixing dance classes with community care. It was in these classes that Janaina discovered her singing talent. From there she studied performance, voice and corporal percussion. Her first performance was in the Municipal Theatre of São Paulo entitled “Arte de Raiz”, directed by Ivonice Satice. After these series of performances she entered in the Quasar Cia de Dança (Quasar Dance Company) and participated in festivals in Portugal, U.S.A. and Germany. At the end of 2001 she met DJ and Producer Ramilson Maia and began to sing for him on his Live P.A. project, Ram Science. The link between the two consolidated and in the middle of 2002 the band Kaleidoscópio was born at which moment Janaina turned full time to the profession of Singer and Songwriter.

Ramilson Maia was born in Vitória da Conquista in the state of Bahia, Brazil. At the age of sixteen he decided to try and better himself by coming to the biggest city in Brazil, São Paulo and see what opportunities awaited him. From his humble beginnings as a record shop attendant to manager of the same shop to DJ / Producer, Ramilson has come a long way and met a lot of influential people. With help from the right people, a friendly nature and the will to give as good as he has, he has released a total of five single, one released through the North American label, Play It Loud. He also started doing various remixes for the likes of Roberto Carlos, Otto, Mundo Livre, Apocalipse 16 and live performance with Max de Castro, Ira!, Tom Zé, Kid Vinil and Otto. His first CD, entitled “É Música” (It’s Music), with colaboration from Jason Bralli, Adriano Duim and Drumagick was released through SambaLoco, which forms a part of the label Trama in 1999. In 2000 he founded Hanger 15, a DJ and Production school together with Drum and Bass duo, Drumagick, that after 3 years had more than 1500 students pass through the doors. In 2001 Ramilson released two albums, “Música Eletrônica Gospel” e “Drum’n’Bass Brazuca”, both were well received in and out of the clubs. He recently released a compilation titled “Drum and Bass Brasil”, which yet again emphasizes his Brazilian background and demonstrates his unconditional belief in the national Drum and Bass scene.

As said before, in 2002 Ramilson launched the Pop / Drum and Bass project, Kaleidoscópio with vocalist Janaina Lima. Following a tremendous success in Brazil during their first year of existence, Kaleidoscópio’s music begins to travel across borders in Latin America and in 2004 the first European single ‘Meu Sonho’ is released in Italy by IRMA records. It suddenly becomes a hit on all major Italian radio networks. Later in the year their follow-up single ‘Voce Me Apareceu’ becomes one of the hits of Summer 2004 in Italy: top 10 in the singles sales charts and as high as No. 3 in the Music Control national radio charts. The unmistakable video clip is on rotation on all Italian music TV channels (MTV Italy, All Music, Deejay TV…). ‘Voce Me Apareceu’ becomes ‘the’ unavoidable anthem of the summer, the thing Italians call ‘Il Tormentone dell’Estate’… Kaleidoscópio during summer ‘04 travel twice from Brazil to Italy for two extensive nationwide promotional tours in TV and radio stations, beach clubs and city squares… Janaina and Ramilson’s warmth, personality and professional skills make them become one of the main artists in the 2004 edition of the biggest Italian Dance music event Festivalbar, among numerous top local and international Dance and Pop artists. ‘Voce Me Apareceu’ is followed by the band’s debut album ‘Tem Que Valer’ and the title track from the album is their third Italian single, released in the Autumn 2004 only for Italian radio.  In December 2004 Kaleidoscópio are back in Italy for their first ever Live Tour outside Brazil. They play a dozen of the main Italian cities all across the country with an enthusiastic response from the crowds, so far only used to watching Kaleidoscópio on TV during their countless appearances in Italy. 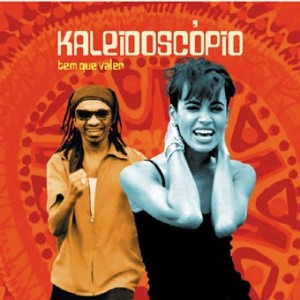 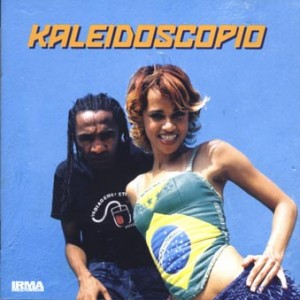 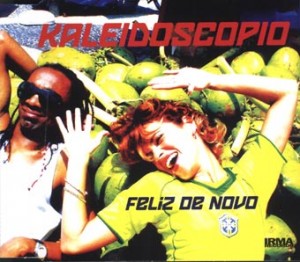 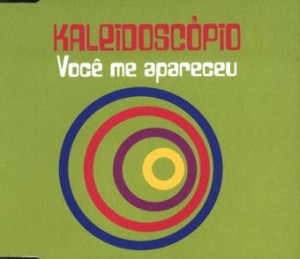