Multi-instrumentalist, author, composer, producer, arranger. Born in Milan in 1973 he began studying flute at 11 years of age and then devoted himself to guitar, vocals, piano, bass and finally drums. In one of her first groups she involves Patrizia Di Malta who becomes the official singer of the MamaFunk group. In 2000 he managed to have his first contract as author / composer with Peer Music and immediately placed a song in Taiwan for a famous singer from Taipei. He begins to write for several artists on the Italian scene including Mario Venuti, Irene Grandi, Neri Per Caso, signs a song with Zucchero Fornaciari (author of the text) for his daughter Irene.
In 2008 he released the song Vivere in Italia which he will perform under the pseudonym of Nino Moroni and which will remain at the top of the Radio DeeJay chart for several weeks.
In 2011 he began collaborating with Mario Biondi and with Jean-Paul Maunik (Bluey degli incognito) with whom he wrote two songs for Mario, of which he is still the author and multi-instrumentalist on tour since 2015. He also collaborates with Alain Clark for Mario Biondi. In 2019, after so many years spent behind the scenes, he decided to go out with his own album thanks to the meeting with Umberto Damiani of IRMA Records.
The album collects songs from a decade between soul, funk, jazz, reggae and tropical rhythms. Italy is a Strange Place, the first single excerpt (as well as the album title), speaks of the inability of his country, Italy, to enhance his artistic / cultural / environmental potential, conditions he shares, perhaps also for this waits so long before releasing his album. 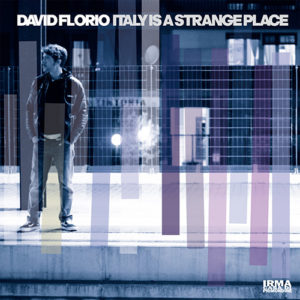