Sir Frankie Crisp were founded in Lecce (South East of Italy) as a George Harrison cover band. Following a string of international live appearances: Liverpool BEATLE WEEK in 2006, 2007, 2008, Mons (Belgium)  BEATLES DAY in 2008, the magic FOR GEORGE concert held at St. George’s Hall in Liverpool in 2009, the Abbey Road On The River festival in Washington DC in 2010, and after the release of their cover album ‘OHNOTHEMAGEN! (Tribute to George Harrison & The Beatles)’, they decided in 2010 to record their first album of originals, titled ‘Charming Sounds’, which will be released worldwide in 2012 by IRMA records.

The Fab Four’s inspiration is obviously clear all across the songs that comprise the album, nevertheless the band’s character comes through in its own right, with the band’s members taking up the lead vocals in turns.

The first single from the album, due out very soon, is ‘Mystic Maestro’, with a videoclip also available. 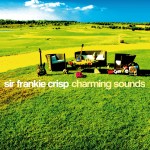 One Reply to “SIR FRANKIE CRISP”