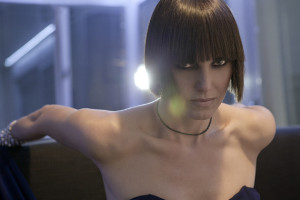 Neja (Agnese Cacciola) was born in a village near Turin and as a child she started to take piano lessons and began to sing jazz and gospel at a very early age, slowly progressing and entering the professional circuit of the Recording Studios lending her voice  as a session player in various recordings.

In 1998, her first Singles ‘Restless’ and ‘Shock’ are danced in clubs around the world; the following year the single ‘The Game’ gives Neja the opportunity to participate and to win the famous Italian Tv Contest  “Un disco per  l’estate”, and to appear in all the Episodes of “Festivalbar” (another historical Music Programme being broadcasted in Italy every summer) a long  Japanese Tour will follow , placing her among the international stars of dance music.

The Game is also the title of her first album, 10 songs all self written, with a tendency towards Pop . In the following years several more singles will become international Dance hits such as ‘Time Flies’ , ‘Back 4 The Morning’, ‘Singin’ Nanana’ and ‘Fairy Tale’.

Neja will then visit the US. and performed in New York, Boston and Texas.

In the following years Neja works on new musical projects and continues to meet her fans in many shows in Italy and all over Europe, lending her face to a famous brand of clothing, that will take her to visit India as well.

2008 represents a period of experimentation for Neja, which goes back to her Jazz roots and her Album Acousticlub, in which she performs her own songs and covers of other artists completely rearranged in a acoustic key with lots of violins and strings, and it’s this same Route that she chooses to go down also for her next album Neja Evolution where we see the participation of two great musicians, Cristian Montagnani (on Guitar) and Larry Mancini (on Bass).

Mixing this new artistic personality with some new Dance singles, Neja continues to write and 2011 sees the release of her new album 133 SUSHICLUB Vol.2.

10 brand new tracks: an Album that ranges from jazz to pop, till reaching more electronic arrangements with the precious collaboration of Cristian Montagnani.

In April of that same year Neja becomes a mother of a sweet little girl, Sophie, who from the first months of life gives – in its own way – clear signs of appreciation of all kinds of music.

For 2013, Neja gets ready to release her brand new Album ‘Neja Vu’: 12 tracks (that include some original titles and some and covers) arranged by Nerio “Papik” Poggi. 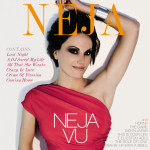