Appreciated and highly regarded by the likes of Renzo Arbore, Maurizio Costanzo, Fiorello and Michael Buble with whom he duetted live in Rome in 2007 during Michael’s concert, Matteo Brancaleoni is now considered one of the leading Italian interpreters of the American ‘Songbook’. Among the ten best jazz singers in the Italian poll of 2012 voted by the readers of “Jazzit” magazine. His Live Shows at the prestigious “Blue Note” in Milan have produced a staggering 5 Sold Out Nights. Over the years he was fortunate enough to be working, amon

g others, with jazz musicians of the calibre of: Franco Cerri, Renato Sellani, Gianni Basso and Fabrizio Bosso. Often compared to his mentor, Frank Sinatra, Matteo over the years has built an increasingly personal and well defined style. The multi-talented artist, singer, actor, radio presenter and journalist was awarded in 2008 as Best New Talent at the Elba Jazz Festival. His debut album “Just Smile” and his second album “Live In Studio” were enthusiastically received by audiences and critics nationally and internationally. His last record was for two weeks, the best selling jazz album on iTunes and for six months his Live performances were listed in the live recommended section by the Apple Store. “Live in the studio” has sold more than 10 thousand copies in Italy, USA, Canada and Japan.

His new album “New Life” was conceived from the encounter with the Roman writer and arranger Nerio Poggi (Papik), already a writing partner for Mario Biondi in his last two albums. Although filled with jazzy atmospheres “New Life” is also a classic blend of 6 great classics and 5 new original songs arranged with different moods and styles ranging from the elegant bossa nova of “How Am I Supposed To Live Without You” (made famous by Michael Bolton and Laura Branningan) to the latin vibes of “Copacabana” by Barry Manilow, going to a swinging version of “Bad Romance” by Lady Gaga, to the Burt Bacharach’ inspired original track “Us”, going to the captivating ballad “Fly Away With Me” to the jazzy-pop called “I Won’t Let You Go” to a new version of “Cosa Hai Messo Nel Caffe’’ by Riccardo Del Turco, ending with a clever reinterpretation of the successful R&B song by Eric Carmen “Never Gonna Fall In Love”. A new look then for Matteo, a “New Life” as the lyrics in the Title track say, showing even more than his previous works a remarkable interpretation experience gained through the years,confirming Brancaleoni as one of the best Artist in his genre, Although remaining in the wake of great crooners like Frank Sinatra or Dean Martin, but now showing clearer than before his absolute personal style. All in all, a very refined album of great elegance and energy, that can also give the listener intense and intimate moments. 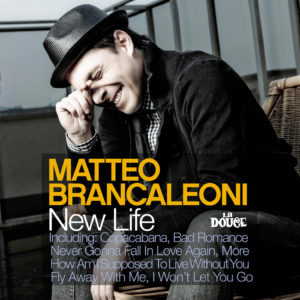 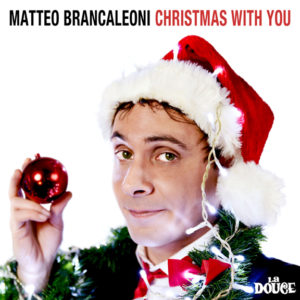 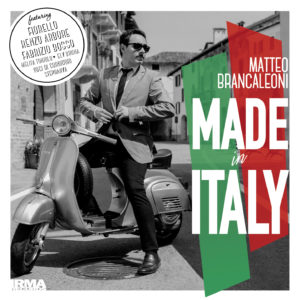