Carlo Troja aka Don Carlos hails from Varese, in the North of Italy, and is active as a DJ from the late 70’s. He debuted as a producer towards the end of the 80’s with the single ‘Alone’ on Calypso Records (Irma), which became one of the cult tracks of the international Deep House scene. His productions have always mixed House rhythms with afro-american jazz sounds, verging sometime towards disco, sometime towards progressive house or electronic soul. In 1992 IRMA USA released his first album ‘Mediterraneo’, followed in 1993 by the Montego Bay project, produced together with Stefano Tirone (S-Tone Inc.), also on IRMA.

He then released some singles on the Chicago based label Guidance under the Aquanauts moniker. He also reached the UK charts with the hit ‘You Make Me Feel’, sung by Byron Stingley, cover of the cult song by Sylvester. In 2000 he released a single on Erik Morillo’s Subliminal Soul label and played highly acclaimed gigs at Ministry of Sound and Turnmills in London. In 2002 he released his third album ‘Music in My Mind’ featuring top guest vocalists like Kim Mazelle, Michelle Weeks, Taka Boom and Kevin Bryant. Following two mixed compilations (‘Cafe De Paris Saint Tropez’ and ‘DJ Set’) in 2004 IRMA released a collection of his 90’s productions titled ‘Mediterraneo’, like his debut US album. After that a serious car accident kept him away from clubs and recording studio for several months. Finally back in shape he’s ready to release his fourth album ‘The Cool Deep’, 8 years since the previous one, which includes all the unreleased material produced during this time. 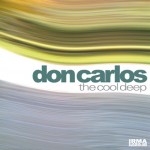 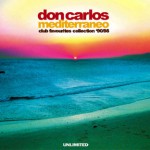 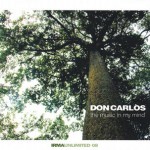 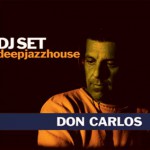 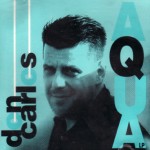 Desperately want to get hold of the version of ‘Someone Gotta Found Love’ which was played by Danny Rampling on the Love Groove Dance Party. It’s not the Original or Alone Mixes on Beatport. It sounds like an extended version of the later which is much more funked up.

Any help would be much appreciated 🙂

I had a white label 3x Vinyl by Don Carlos from 1990 – 1992 (I can’t remember exactly). There was not a bad track on all three records and I “played it till my fingers bled” [stealing a line from a rock’n’roller, which fit too well to resist]. I no longer have them, but keep thinking about them more and more over the last few years… The best music haunts you and becomes a part of who you are. The influence I received from Don Carlos is immeasurable, and all positive. I went on to make music and be a headlining DJ in Montreal 1995-2000, but recently picked up music again, I am very happy to say! Please help me by reminding me the title of this album or better yet point me to where I can buy it!
With enormous respect and gratitude for setting a fine example,
Your fan and student,
Mark King

You can find all the Don Carlos’ releases on https://irmarecords.bandcamp.com/ or https://www.msol.biz/
Thank you for your kind words,
IRMA records