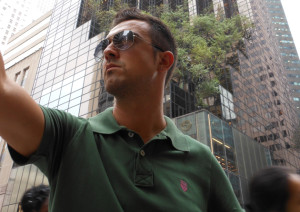 D’ANDY began performing in the mid-90s on the streets of Naples, where sudden real jam session with the musicians who came in to the vibrations of his Rhodes piano. He was soon noticed by the operators of the Neapolitan club, where later he performs live soul-funky flavor. In the coming years took part in various formations and then start, with dj Alves, his braces as a musician in clubs, dj-set setting up house rich jazz influences. The experience gained in the night life led him to embark on the road of the productions of dance tracks, leading him in 2009 to the collaboration as a musician and arranger in the project “Cool Vibes” of Bodyles, a mini album of five tracks covering various shades of electronic dance. In 2013 he joined the team IRMA, with whom he released his debut album. The album is titled “Point of View” and contains ten songs ranging from lounge to house music, passing frequency electro. In all its activities emerge strong influences of jazz, soul, funk and black music in general, that D’ANDY revisits a key in a very personal and modern.