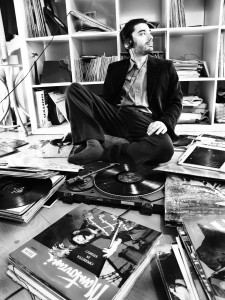 Agostino Maria Ticino was born in the town of San Severino Marche (Macerata) in 1983. Quickly developed a passion to music by his father Piero, who in those years was president and co-owner of local radio station “RadioSette.” Begins the study of classical guitar at the age of 10 years attending the course in the school of musical experimentation with Nicola Basilico as a teacher. In 1996 he took part in several competitions for young musicians of middle school, finishing second in the national competition for classes in musical experimentation of Varenna (CO).  Since childhood he played with various underground formations bands and there discovers the world of computer music. Since 2001, he began to dedicate himself completely to electronic music. He moved to Rome’s University (degree in “developmental psychology and education”) where he gradually became part of the electronic Roman scene. He plays in the best clubs in town (Room 26, Brancaleone, Qube, Spazio 900, Lanificio, etc..) and in many Italian festivals of electronic music. As Ticino Villella Duo in 2009 has played the opening concert of D’Arcangelo (Rephlex) for the launch tour of their new album. It is currently active in different contexts of music production, ranging from music for documentaries, the production of indie-rock bands and to produce dance music with ‘Till2012records’, a Roman independent label he co-founded.